The filmmakers behind "Revelations of the Mayans 2012 and Beyond," who said that their film will reveal evidence of contact between the Mayans and extraterrestrials, have now released to "TheWrap" what they claim is photographic evidence of a pre-Mayan, alien civilization. Read more about this film marketing subject, here: http://movies.msn.com/movies/article.aspx?news=678294&silentchk=1&wa=wsignin1.0 [link is no longer active]

I'm all about this otherworldly stuff that isn't so mundane, but seriously, this 2012 doomsday hype has got a little ridiculous. Hell, I've even heard about how some people are quitting their jobs and plan on only needing enough food and resources to last until Dec. 21, 2012, while during the meantime they are just sitting around and waiting for the end (and I assume praying regularly). Wasn't some people claiming the world was going to end in May of 2011?
We have loads of garbage to read that is related to pseudoscience and prophetic horse shit online, all screaming "the end is near; the end is near," just like they did at the brink of year 2000 and as they have all throughout the timetables of our existence, for that matter.
...But besides me going into a mini-rant about human gullibility, I'm just going to provide a blog post with several links and subjects that semi-relate to Mayan secrets, ancient aliens, and some of the baloney that comes with these interesting subjects.

Oh, speaking about a filmmakers dream, just think how much money is going to be made off of this subject during 2012. There has already been loads of money made, and I'm surprised there hasn't been even more films produced, but next year it should spike tremendously. They won't market it solely via film production either, as there will be t-shirts, products, survival kits, etc., all being sold under this theme of doom and destruction. Personally, I'm keeping a stockpile of alcohol and ammunition, just in case. Ha!
Oh, that reminds me, it is time for another link (excuse the humorous title):
"Mayan Secrets to Be Revealed by Mexican Government in '2012' Doc" [link is no longer valid] Ha-ha! I don't know why I think that last headline sounds so funny, but it just does to me... I mean, why wait until 2012? These ancient Mayan secrets are just now going to be revealed? WTF? LOL!

Anyway, here is a video link that provides a scientific reality check for the failed mystics out there who are still waiting on Planet X to arrive with hordes of violent space monkeys: "NASA Response to Crazy 2012 Claims" [link is no longer valid]

Don't get me wrong, I believe that there are more advanced civilizations out there in the cosmos that would make man look inferior, such as aliens zipping around in UFOs, etc., and they most likely had a lot of play down here during ancient times and that they may drop down more often again in the future, but who knows when?
...But when you try to fuse various types of religions with Mayan secrets, prophetic predictions, ancient astronaut theorists, myths, legends, and folklore, Nostradamus and his quatrains, Edgar Cayce and his psychic answers to questions while in a hypnotic state, and so on, you'll end up with a lot of confusion. Yeah, talk about a dream and golden opportunity for writers and filmmakers! Ha!

This reminds me... A lot of mystics and doomsday seekers keep talking about this mystery planet that is suppose to enter our orbit and cause cataclysmic doom to our planet on Dec. 21, 2012 or thereabouts. Many call it the "Nibiru collision" or whatever. You often here the planet called "Nibiru" or "Planet X," but I find it interesting that NASA doesn't even know what in the hell these mystic lunatics are talking about. Ha-ha!

Anyway, I'm about to post an excerpt from Wikipedia about this Planet X topic, that I really liked:

"The impact of the public fear of the Nibiru collision has been especially felt by professional astronomers. Mike Brown now says that Nibiru is the most common pseudoscientific topic he is asked about.
David Morrison, director of SETI, CSI Fellow and Senior Scientist at NASA's Astrobiology Institute at Ames Research Center, says he receives 20 to 25 emails a week about the impending arrival of Nibiru: some frightened, others angry and naming him as part of the conspiracy to keep the truth of the impending apocalypse from the public, and still others asking whether or not they should kill themselves, their children or their pets.
Half of these emails are from outside the U.S.
"Planetary scientists are being driven to distraction by Nibiru," notes science writer Govert Schilling, "And it is not surprising; you devote so much time, energy and creativity to fascinating scientific research, and find yourself on the tracks of the most amazing and interesting things, and all the public at large is concerned about is some crackpot theory about clay tablets, god-astronauts and a planet that doesn't exist." Morrison states that he hopes that the non-arrival of Nibiru could serve as a teaching moment for the public, instructing them on "rational thought and baloney detection," but doubts that will happen."

Anyway, mankind could use a good lesson on rational thought and baloney detection, as I wholeheartedly agree.
Well, I'm about to wrap this blog post up... I was going to get more into the Mayan secrets, but I just realized that they are secret, so what in the hell do I know? Ha-ha!
However, if you're still interested in ancient astronauts (Does everything always have to be ancient?), I'll provide you with a link to a creative little story called "The Alien Visitor..." 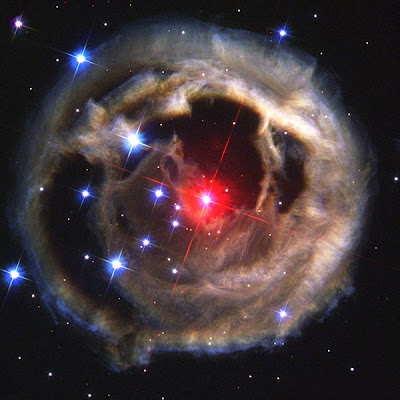