I thought I went over this for the last time, when I did a post over at the "Myths, Legends, & Folklore" blog about the "Grand Myth of Mayhem - Judgement Day of May 2011."
Well anyway, it gets old, to say the least.

Anyway, as it was during the year 1000 A.D., and all throughout the years - along with Y2K (year 2000 A.D.) and whatnot - the drama and hype has hit the floor running once again. Movies are made, products are sold, fear and panic is being installed into the gullible & weak, and religious figures and prophets are coming out of the woodwork to wedge in their bold claims of doom and to hopefully - and finally - get their doomsday prophesies prevailed. Ya know, the same prophesies that have been spewing outward since the day that the semi-organized Homo Erectus had their DNA altered from space monkeys to form the Homo sapiens of today. We began to play less with our genitals and began to look up at the sky a little more and wonder where we came from and, of course, when it will all end. The space monkeys may be a little disappointed with their experiments they performed on mankind, however, and have realized that their futuristic anal probing techniques were not very effective at creating a perfect species after all, but that's another story. The sad part is, if I started writing about that particular subject featuring space monkeys, flying saucers and humanoid experimentation, it may end up being more fact than fiction. Who knows? Ha-ha-ha!

Anyway, back to this Dec. 21, 2012 Doomsday Hype stuff (I'll eventually get to the resources):
I don't know about you, but always wondering when something is going to end, is not necessarily the most productive path. When I start eating a tasty meal, I don't ponder over when it will end. When I'm done or the food is gone, it is gone - but I'm not going to ruin the meal by fretting over its duration. When I'm having sex, I'm not... Hold on, I better not go there because some people that are stuck in bad marriages or relationships, probably can't wait for it to end... Ha-ha! Anyway, you should get the point. Then again, maybe that last point makes even more sense after all. Maybe some people who are stuck in bad lives or corrupt belief systems, can't wait for it to end. Hmm, that may have something to do with the doomsday hype that is not related to marketing or selling products. There really are some people on planet earth that can't wait until the "world ends."

Don't get me wrong, I'm not saying that some cataclysmic event can't occur during the winter solstice of 2012, but it wouldn't be the first time it has happened on this planet, either. Hell, the Dinosaurs even became extinct after a long period of time. Maybe we need to ask the rats & roaches for advice, since they seem to have made it here for quite a while. Anyway, the point is, I'm not blaming the Mayan Calendar and/or Mayan Prophesies for any doomsday hype. You know, they say that their calendar just stopped on Dec. 21, 2012 and that must mean the "end of times" or perhaps we enter a "new stage of enlightenment" or something that is somewhere along those lines of divine transgression.
Holy shit! Has anybody ever thought, that the Mayan Calendar had to end at some point. What? Did you expect them to make a calendar all the way up to the year 9999 A.D.? WTF???

I have another problem with the drama-filled doomsday fanatics, and that is: Life goes on, whether here or elsewhere. Sure, I can't prove this highly probable statement of mine, but to think that planet Earth is the only place with "intelligent" life, is a bit far-fetched for my liking. Whether it is here or there, life seems to find a way. Plus, more and more people are starting to expand in their ideas and accept the belief of multiple dimensions & parallel universes, which would really derail the ordinary, mundane beliefs that we are the only intelligent bi-peds in the entire cosmos.

Well, if I'm not careful, I'll ramble on here until this blog post becomes a bit too long. Besides, I was mainly planning on doing a "Mayan Prophesy of Doom" post with several resources and/or links to other websites that relate to this subject. Now, I think I'll just list a few and let you further your search online, if you desire. Now, as for marketing and/or making money with Dec. 21, 2012 doomsday dung: Well, everybody needs to try and make a living. I'm just mad that I haven't tried to sell any survival kits for these treacherous, unreliable times that may indefinitely await for mankind in a gloomy but vague, uncertain fashion.
Personally, I'll try to make sure I have plenty of alcohol and ammunition for my guns, in case all hell breaks loose and we enter a dark stage of Anarchy. Hmm, maybe that's the next level of enlightenment... Yikes!

Resources and/or Resource Links to further your reading over this fine, cheerful subject of prophetic doom:

http://www.december212012.com/ [Link is no longer active]- Dang! Now that would have been a good domain to buy a few years ago. I heard about this Dec. 21, 2012 Mayan Calendar stuff several years ago. Of course, nowadays, nearly everybody has heard of it due to the doomsday hype. Anyway, that is the official "December 21 2012 .com" website. I bet they sell a lot of products! They also provide news and general information that is related to this subject. I wonder if very many of these websites built just for that day on 2012, will stay online during the years that follow? I suppose that it will depend if they keep making money from them or not, but we'll see...

https://en.wikipedia.org/wiki/2012_phenomenon - What would a few links to resources be without the good ol' Wikipedia link? There, you can read a detailed description of what all this 2012 talk is about. They cover subjects about this "2012 Phenomenon" such as: Mesoamerican Long Count calendar, Mayan references to b'ak'tun 13, Dates beyond b'ak'tun 13, New Age beliefs, galactic alignment, Timewave zero, doomsday theories, Planet X/Nibiru, and other concepts and tidbits related to mysticism. Fun, fun...

http://www.nasa.gov/topics/earth/features/2012.html - This is an excellent resource link to follow if you want to look at the flip side of all this doomsday hype. It is a Q & A session from NASA. I added this to the resources because I needed more fuel for the rational thinkers out there. I also liked their title: "2012: Beginning of the End or Why the World Won't End?"

And, to end this rather long post, I'll drop down a humorous, lighthearted image... In my opinion, I find the image below to be very fitting; ha-ha! 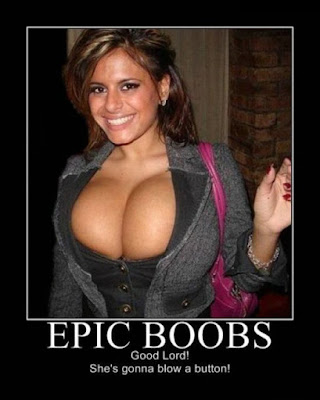