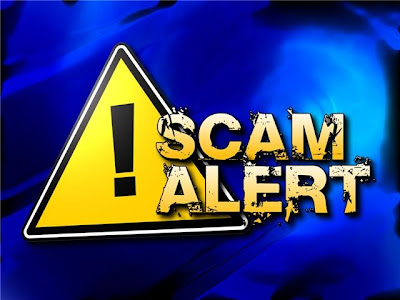 Often known as "phone-bill cramming," it is something more people need to be aware of.
I've known several people with billing issues when dealing with phone companies, and I've recently had some of my own. Although my phone bill issues was petty compared to other people, nobody wants to see unwarranted charges and/or pay for services they didn't use nor ordered.

I watched a video the other day, that went in full detail about this horse shit, but I'm unable to find it again after a quick search. I just sort of run into it via a link on a web page, so who knows what the address was... Anyway, you can do your own online search for videos about "phone-bill cramming," and I'm sure you'll find plenty.
This scam widens with cell-phone users; few customers notice bogus charges... If you'd like to read more about this subject, visit: http://www.nbcnews.com/id/43728825/ns/business-consumer_news/

Anyway, this is total bull-shit. These big, well-established phone companies make money off of these other "outside companies" that often only have a P.O. Box for their "operations and services," by allowing them to bill you for services you didn't order, and so on. Many people pay their bill without even noticing these extra charges, assume it's due to inflation, too lazy to read, and so on. Often times, their bill just never seems to stay the same, goes up gradually over time, and the next thing you know, you've paid a shitload more money than you should have.

This type of scam has been around for several years, but has really picked up the pace the last few years. It used to just be limited to landline phones, but now the cell-phone users are getting screwed as well. Even minuscule charges add up, especially when additional ones keep getting added over time. For example, I spotted a bogus 5 dollar charge for some long-distance service that I never ordered. I've had it dropped before but over time, it keeps coming back and with a larger fee. I called my phone company and, while being pissed off, I told them about their "magical fees" that seem to pop up out of nowhere without my consent. I mentioned how I hate the phone and that I just have a house phone for local calls only!

Why in the fuck would I need a long-distance service when I don't know who in the hell I'd be calling outside of my area? If I do have a distant relative or friend, then they can call me. Trust me, I'm just not a phone person. If I'm on the phone for an extended period of time, I feel like my insides want to jump out of my body. I hate being tied to a damn phone cord like a dog on a leash. Anyway, that's enough about this hooey. Just a fair warning about this growing phone-bill cramming scam; check your bills!

---Put the Cell Phone down while Driving

Posted by Obscurely Diverse at 11:06 PM