Does a Ventless Gas Fireplace or Stove put out moisture? 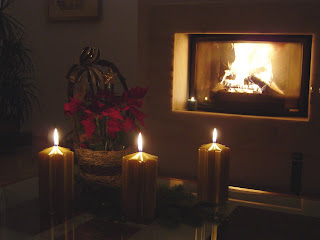 I've recently heard about the potential dangers and moisture issues concerning the "ventless" gas stoves and/or the beloved fake fireplace that uses this very same ventless technology, and at first, I couldn't believe it.

I was always under the impression that it was ventless because it had the ability to amazingly burn off the excess carbon monoxide along with other emissions. I never really gave it much thought, and just assumed it was totally safe.

Hell, I've also read lately that some areas in the U.S. have actually banned the use of ventless gas stoves - especially the big ventless gas fireplaces.
Now, don't get me wrong, it does burn off most of the harmful stuff, but still, it isn't totally 100% efficient like you'd think and one can only imagine what may happen if one becomes faulty...

Anyway, this came to my attention when a person who worked from the gas company told my dad that he didn't recommend using a ventless gas heater as the primary source of heat. He said they work fine as a little helper for your main source of heat, vented stove, etc., but overly using one can cause moisture problems, mold, mildew, etc., along with low oxygen levels and could also elevate the carbon monoxide to an unsafe level.
So, in fact, these things are not utterly "ventless" after all! They are still slightly venting, uh, in the room that it is located at! Now, before anybody becomes alarmed, these issues are mainly targeted at people who overuse ventless fireplaces and also have a heavily insulated house, as in it doesn't breathe very well. I may do a post over insulation issues at a later date, but anyway...

It is still hard for me to believe that these things put out moisture and/or cause condensation problems. This must only be for the "stuffy" houses, because I don't recall having these problems when I used them before. Then again, my house isn't insulated very well and the ventless heater was small and only used as a backup heat source.

So... there you have it, as there shouldn't be much questions from here.
Just buy a carbon monoxide detector and only use a ventless fireplace or stove in moderation and try to stick to the vented versions if you live in a heavily insulated house and you prefer the use of natural gas for your heating needs - or de-insulate your house and let it breathe a little. It might cost a little more money to heat and cool a house that isn't insulated like a penguin, but the air quality will be a lot better, which is well worth a few extra dollars.

---End of Post "Does a Ventless Gas Fireplace or Stove put out moisture?"

Related Link:  "Testing for Radon Gas in your Home"
Posted by Obscurely Diverse at 3:11 AM